HONOLULU –Senator Mazie K. Hirono, Hawaii Attorney General Doug Chin, and Clare Hanusz from the Hawaii Coalition for Civil Rights today spoke out on the importance of protecting Deferred Action for Childhood Arrivals (DACA) recipients as the President threatens to take action that could end the program. Ten Republican state attorneys general have issued an ultimatum to the President that they will take legal action if the administration does not end the DACA program by September 5.

“Hundreds of thousands of DREAMers, including nearly 600 in Hawaii, have the opportunity to pursue education and careers in the only country they know as home through DACA,” said Senator Hirono. “Ending DACA would be just the latest in the President’s attacks on immigrants, and I urge him to continue protections for DREAMers, as he previously said he would.”

“Here’s what Deferred Action for Childhood Arrivals means. If a child was brought into the U.S. before 16, action by the federal government to remove that child will be deferred,” said Attorney General Chin. “That’s it. It’s compassionate and it’s practical. Rescinding DACA promotes uncertainty and that ultimately hurts instead of helps law enforcement. If the federal government won’t defend this policy, states will.”

“DACA recipients cannot be present with us today because people are scared — DACA is under threat,” said Clare Hanusz of the Hawaii Coalition for Civil Rights and founder of Aloha Immigration. “This is an especially bad time to be targeting the DREAMers.  We need to focus our efforts into the rebuilding our communities and not on deporting good people which will cause further economic and humanitarian strains on our already fragile system.”

Since its creation in 2012, the DACA program has helped to protect hundreds of thousands of immigrants brought to America as young children by giving them the chance to go to college, get a job, and live legally in the country that they’ve grown up in.

Senator Hirono continues to advocate for DREAMers and preserving the DACA program. As the only immigrant currently serving in the U.S. Senate, Senator Hirono has been a leading advocate for comprehensive immigration reform that includes a pathway to citizenship and is written with family unity as a guiding principle. 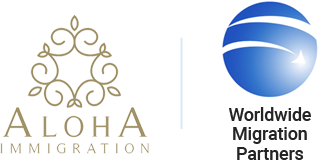